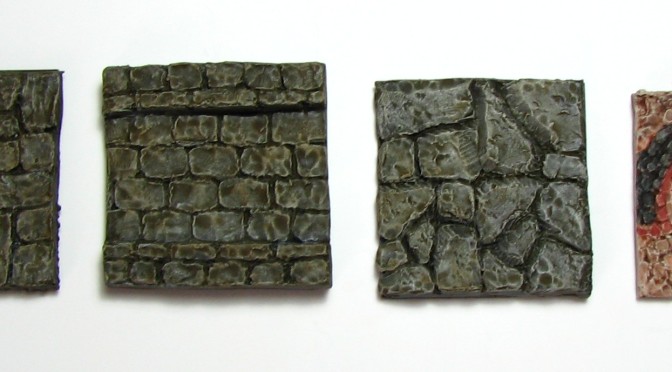 While the wall segments are getting there, the miniatures still need some matching bases to stand on. The Reaper Bones Miniatures have in most cases prestructured bases, ranging between ‘broccoli’, rock or tile pattern designs. However, all of them have an irregular shape, so either one integrates the existing design in a proper base or one cuts of the whole base and makes a new one. I chose the latter, as I wanted the bases to be all of the same size and on the same level for small and medium-sized models. Not all of them need to be suitable for a Dungeon interior, but at least some need to be matching and not too out-of-place when being used on the room tiles I made. It follows a tutorial which will show you how to create four simple designs using Original Sculpey or a comparable kind of modelling clay.

For the custom bases I decided on a 3cm by 3cm square as that matches the size of the room tiles and suits well the movement rules of DnD 4ed. This time I rolled out the Sculpey on a metal sheet, which made it much easier to transfer it into the oven. I cut the Sculpey to size and separated it in four 3×3 squares:

I came up with four different designs and began to carve them into the Sculpey using the same tools as for sculpting the wall segment.

The sewer canal consists of three pieces: The central pavement and a curb to the left and the right. The mosaic piece was a bit of a challenge, as I had another design in mind first and changed it into the small mosaic stones. Next time I make those more regular, as it turned out difficult to paint the piece.

Baking was again done at 130 C for 30 minutes. The Sculpey did brown a bit this time, but it kept its rubbery feel and flexibility. I think it is supposed to be like that and I actually like this feature, as one doesn’t have to deal with breakage and the final piece can be easily cut or sanded.

Voila! Four nice custom bases for heroes or monsters. The time involvement was about an hour for the sculpting and half an hour for the painting. If I get better at sculpting it might be an idea to make some masters this way and cast the bases. After all I have around 180 miniatures to paint and base. 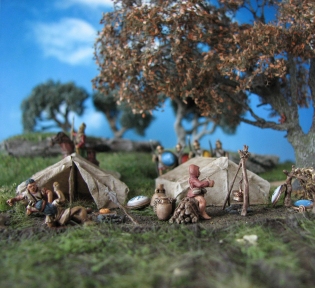 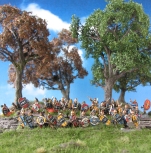 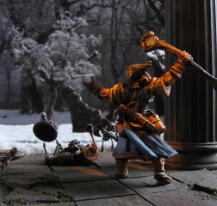 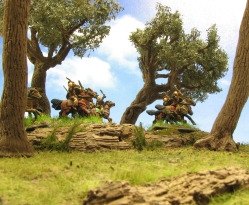 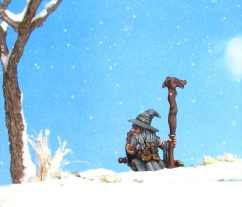 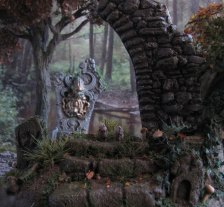 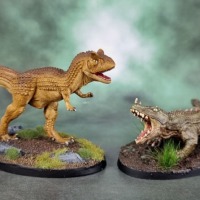 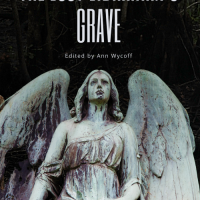 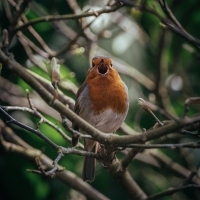 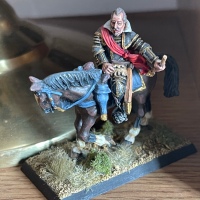 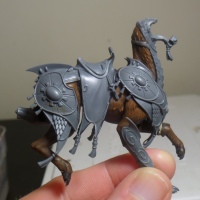