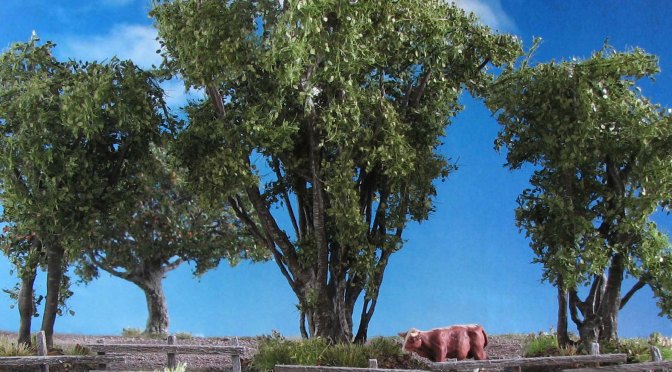 Browsing my blog it becomes apparent that I have a thing for modelling trees, evidenced by earlier posts on oaks and birch trees. But what about bushes, shrubs or hedges? There is a variety of shrubs and bushes that one could depict on the gaming table and construction will be very similar in most cases. That said I chose to make a hazel bush for this tutorial given they have a distinct, very appealing bark texture and the fruit lends itself for base decoration. Oh, and I think squirrels are adorable, so why not give them some scale hazels to forage?

Per usual a step-by-step tutorial will guide you through the creation process, with additional background information and scenic shots of the finished bushes.

Hazels (or Corylus) are a genus of deciduous trees and shrubs. The genus is usually placed in the birch family Betulaceae. 14 accepted species of hazel exist. Some are  single-stemmed trees reaching up to 35m in height and some species are multiple-stemmed shrubs reaching normally 3-8 meters, but can reach up to 15m. The leaves are deciduous, rounded, 6-12 cm long and have a double-serrate margin. They thus indeed resemble the leaves of some birch species and we can use MiniNatur’s birch foliage to depict a hazel. Naturally the fruit of the hazel is the hazelnut.

The common hazel (Corylus Avellana), which we are going to model, is native to the Northern Hemisphere and can be found in most temperate regions in Europe. It is a shrub with multiple stems and thus more interesting than the single stemmed larger species.

The hazel has been cultivated for millenia its nut being consumed by humans and animals alike (see for instance Plin. Nat. 15.24). Hedgerows in England were traditionally composed of hazels and served as field boundaries. The wood was often grown as coppice and the thin poles used for wattle-and-daube buildings and agricultural fencing.  We can thus use these shrubs throughout history without any problems in an agricultural setting or as wild shrubs.

Its bark is quite distinctive and resembles birch bark to some extend. The bark is dark grey with white specks and at least to me is visuallly very pleasing.

We can thus use a technique I employed with some success for modelling the bark of a birch tree only with the colours inverted.

To make a hazel bush you will need:

How you do it

An there we have it. A nice hazel bush that will add some variety to your diorama or gaming table. I ended up making three shrubs, one bigger and two smaller ones.

The bigger one works well with both 28mm and 15mm miniatures, the same goes for the slightly smaller ones.

I hope this tutorial was of interest to you and maybe inspires you to give it a try yourself. If you have any comments, suggestions or questions do not hesitate and ask below in the comment section.