I took a bit longer than expected, but I finally finished the beer cellar wall element. Last time the brick wall was all finished and only the beer barrels needed some paint, so here we go!

END_OF_DOCUMENT_TOKEN_TO_BE_REPLACED 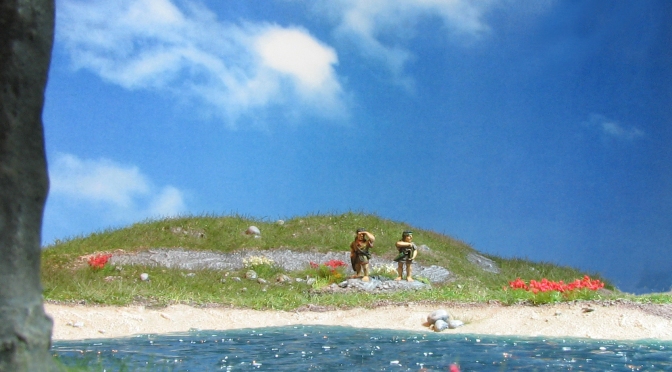 What is better than traveling through Italy,  enjoying the countryside and all those wonderful tastes and fragrances the local kitchen offers? Obviously to combine it with some wargaming related research. What is even better is if you can do it with someone special and get all the support in your wargaming/history nerdiness.

As mentioned in another post I am very interested in the history of the Punic Wars and the charismatic, sometimes even enigmatic actors in this conflict. Being in Italy on holiday and residing in Chiusi for some days it was clear that I had to visit the nearby battlefield at Lake Trasimene. Unfortunately I don’t speak much Italian and I could only find one official website in English covering the sites of the battle (the link to this and other sites is provided in the bottom) To help others to plan a trip or to know what to expect and figure out if it is worthwhile visiting the site some historical background, travel tips  and  on site photos can be found below.

END_OF_DOCUMENT_TOKEN_TO_BE_REPLACED 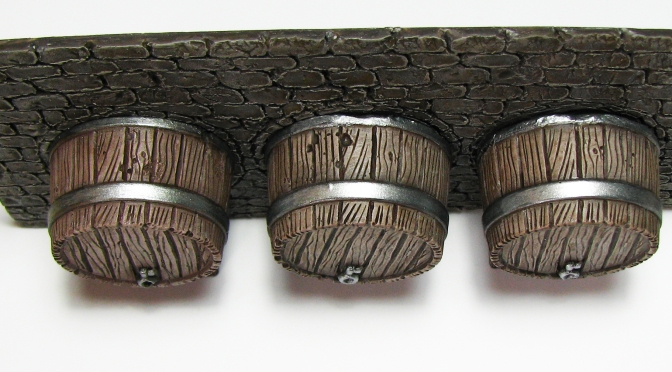 I mentioned in another post that I attempt to scratch built a dungeon interior to go with my newly acquired Bones miniatures. Yesterday I had a nice idea how to get away from boring wall segments and make the dungeon more appealing to the eye.

As I am painting a dwarven warrior at the moment I thought about where they would store their beer and naturally a dark place like a dungeon would be well suited for this purpose.

Well, I guess I am more thinking of Moria where all of the Dwarves are already dead and only remnants of life are still visible.  The plan is thus to have a wall segment that also resembles a wine or beer storage, complete with oaken barrels.

END_OF_DOCUMENT_TOKEN_TO_BE_REPLACED

I couldn’t resist and got a truck load of miniatures via the Reaper Bones Kickstarter. I mainly plan to use the miniatures for our DnD games, but also for the skirmish game Song of Blades and Heroes (and the dungeon crawler expansion Song of Gold and Darkness).

What would be a beautiful selection of miniatures (around 200 from dragons, to halflings, to wizards to angler fish men), if there would not be a dungeon they can dwell in? Thus I started to scratch build a dungeon interior and started painting up some Wargames Factory skeletons to populate it. They are a fragile bunch, but I like them much better than the earlier Bones skeletons (well, more poses, less static and less chunky). So while I like all the other Bones minis the skeletons had to be replaced. The skeleton sprue has been retooled in the meantime and an issue with breakage of some legs during transport is now resolved.

It follows a group shot of the undead dungeon dwellers as well as a couple of close-ups and soon there will be more posts focusing on the dungeon interior.

END_OF_DOCUMENT_TOKEN_TO_BE_REPLACED

During a visit to Australia (conference in Melbourne) I had the pleasure to visit Eureka miniatures. I intended to get some 15mm Hoplites for my Carthaginians, but ended up leaving with some very nice Seven Years War Grenzer miniatures (18mm). I would like to use them with the Ganesha Games skirmish rules Song of Drums and Shakos, slightly modified to match the context of the Seven Years War. All I need now are some Jägers or other light troops and off we go.

END_OF_DOCUMENT_TOKEN_TO_BE_REPLACED

While I started out with a Warhammer third edition box and later moved on to Confrontation, I only really came back into the hobby in 2010 with historical wargaming in 15mm scale. A long standing favourite of mine was the period of the Second Punic war with extraordinary characters like Scipio Africanus and Hannibal Barcas, so I decided to acquire a Later Carthaginian army consisting mainly of Corvus Belli and Xyston miniatures (there are some Old Glory in there, too, but I decided to replace them sooner or later). Field of Glory seemed to be what people play and compatibility to DBx based games was a plus.