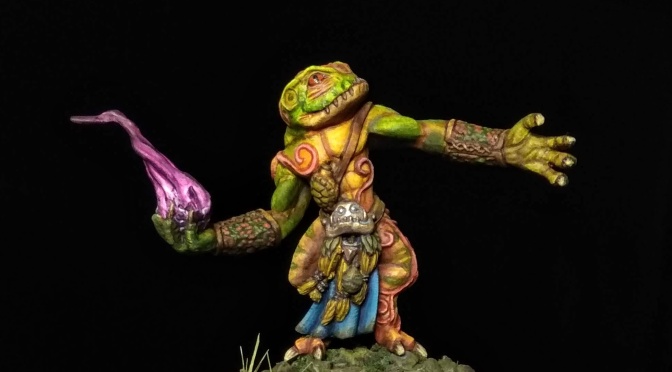 You just want to go for a walk in the swamps, and guess what? It suddenly rains fiery balls! Joke’s on you, foolish adventurer! This is Bufo territory. You knew there was something odd about the little shrunken heads hanging in the trees. Well, lesson learned and that new look sans eyebrows and hair really suits you!

This weeks showcase features Reaper Miniatures Chaos Toad Sorcerer cast in Bones Black material! Oh my! But fear not, that stuff is actually really good. I also painted this chap using exclusively my new set of Kimera colours. So you get a miniature, material and paint review in one! Oh, naturally I will also tell you all about the paint job and that sickly green swamp base he is standing on.

Reaper is – in my opinion – a very innovative and interactive company that tries new things and learns from mistakes. On its Facebook group Reaper has quarterly contests, featuring a single miniature, that everyone can buy, paint and post. If you place first, second or third, you get a store voucher. So not only can you push yourself in a friendly contest, you can get more than glory and fame!

You guessed it, the Chaos Toad Sorcerer was the miniature elect! Instead of the bendy original Bones material, this one was cast in a more rigid material called Bones Black. So called after the first test casts, that were indeed black. In fact it is a grey material. So what are the pros and cons?

So all in all, the new material might be slightly harder to clean-up, but it is a great improvement in comparison to the old white material. In fact going forward, I will only buy Bones Black or metal.

I have to admit, it is an odd miniature proportion wise and looks not really like a toad or a frog, but something in between with a bit of turtle mixed in. The head shape is akin to a frog, but doesn’t really look like a toad. The skin is smooth like a frog’s, and not warty. Hands and feet have claws, but no webbing. The froadle has teeth and either a six pack or some kind of armoured belly. The front legs are oddly elongated, while the hind legs are stumpy and slightly bent. I would have expected the opposite.

All that said, it is a chaos toad after all. So I assume it is heavily mutated and just a toad by name. It offers nicely sculpted front detail, with a delightful hip flask made out of a turtle shell, a nice belt buckle that gives me Aztec vibes and a little shrunken head. I am not sure about the scars on its skin, especially given frogs and toads don’t seem to develop scar tissue. Yes, it is fantasy I know. I am only half serious, but somehow my brain comes up with that line of questioning. You can stop rolling your eyes now.

One more serious issue was the lack of claws on the outstretched hand. Looking at some more examples online, the sculptor apparently decided to only sculpt them on the other hand. An easy fix with some Greenstuff, but I am not quite sure why the sculptor made this decision.

What I find to be a really nice touch – and a challenge for the painter – is the chaos projectile in its hand. It looks like a fissured projectile containing raw chaos energy. If that is not cool, what is?

So, while I would not have bought it outside the contest, I warmed up to it and now this froadle is one of my favourite paint jobs! 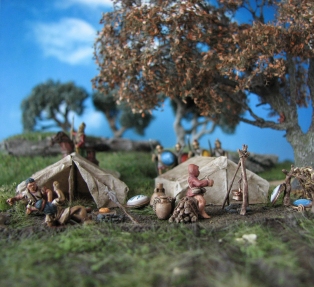 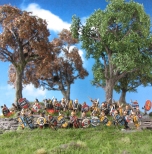 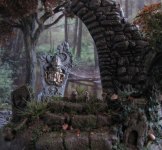 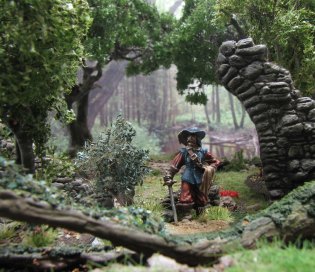 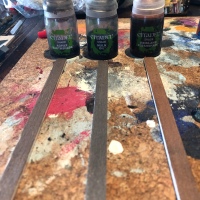 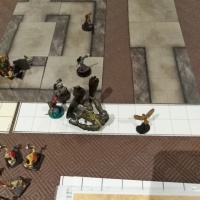 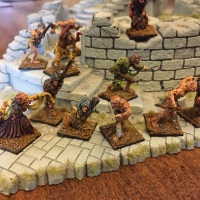 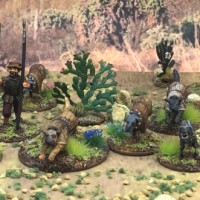 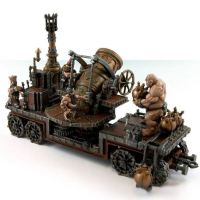 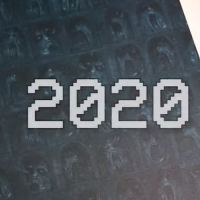